We pride ourselves on player development which is suitable for all children regardless of age, ability and size. We have a mixture of 1st team coaches and players delivering our sessions, using their vast playing experience.

We pride ourself on the core values of rugby on and off the pitch, making sure the children treat each other with respect and work together as a team.

Learning through game play is a key part of our delivery, we aim to beat the games and challenge the children in a fun and safe environment. 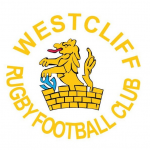 The schedule for the day is as follows:

What you will need to bring

Jordan has a extensive rugby background playing for Harlequins for over 10 years, accumulating over 150 first team appearance. In 2012 he was instrumental in the first ever Harlequins team to win the Aviva Premiership.

Since retiring in 2015 due to an on going hip injury, Jordan has been coaching within the schools circuit.

Jordan is currently Head of rugby at Ipswich school and has extensive experience working with children of all ages & abilities.

We also have the pleasure of him coaching the first team as defence coach and are extremely excited to hand over our rugby camps to him for this October and onwards.

Jacobs coaching style is based on common sense, keeping it a simple as possible for the them to learn and giving them the tools to do so.

Coming from a rugby background Jacob has experienced sport throughout every stage in his life. He comes from a sporting family, his father is a former international rugby coach possessing over 10 years of international coaching with England and Ireland, and formally the head coach of Bath Rugby in the Aviva premiership and Toulon RC in the Top 14. Both his brothers play professional rugby, George playing for Leicester Tigers and the current England fly-half, and Joe also currently playing for Leicester Tigers.

Jacob has played rugby for both Wasps and Bath academy while shadowing his father’s coaching, who was the Director of Rugby at Bath Rugby at the time. He was educated at Harrow School in London where he played most of his rugby.